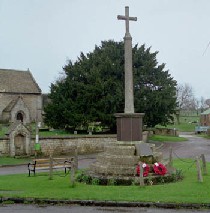 In a prominent position in nearly every city, town or village, in the United Kingdom is the War Memorial. The memorials were erected as a response to the carnage of the First World War (1914-18). Of the great number of young men who died sixteen came from Leonard Stanley and are named on our village War Memorial.

Given the cost in human life and misery it seemed, at that time, beyond comprehension that there could ever be another conflict on such a scale and the war was perceived to be "the war that ended all wars", and those who died as the heroes who sacrificed their lives to establish that 'reality'. The War Memorials were therefore a tribute to those who had paid the price for, and a symbol of commitment to, a lasting peace.

Tragically the village has since seen the addition of three village servicemen killed since the "First World War". 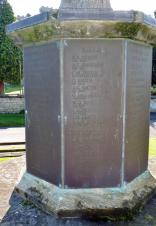